Here you’ll find a list of books that are either set in the 1950s or were written during this time. This list is broken down by age but there are many books that can be enjoyed by some or all of the age groups. This list is just a sample of the thousands of books that we can access through the county-wide system. Some descriptions were taken from the catalog, others from our Literature database; Novelist (click to access from home.) 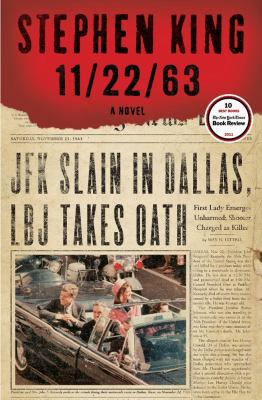 11/22/63 By: King, Stephen – On November 22, 1963, three shots rang out in Dallas, President Kennedy died, and the world changed. What if you could change it back? The author’s new novel is about a man who travels back in time to prevent the JFK assassination.

Brooklyn By: Toibin, Colm – Leaving her home in post-World War II Ireland to work as a bookkeeper in Brooklyn, Eilis Lacey discovers a new romance in America with a charming blond Italian man before devastating news threatens her happiness.

Cutting for Stone By: Verghese, A. – Marion and Shiva Stone, twin brothers born from a secret love affair between an Indian nun and a British surgeon in Addis Ababa, come of age in an Ethiopia on the brink of revolution, where their love for the same woman drives them apart. 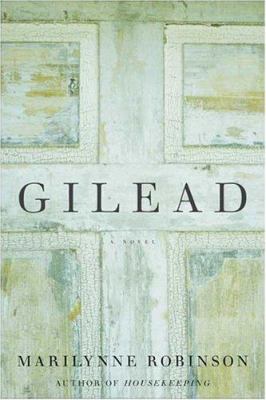 Gilead By: Robinson, Marilynne – As the Reverend John Ames approaches the hour of his own death, he writes a letter to his son chronicling three previous generations of his family, a story that stretches back to the Civil War and reveals uncomfortable family secrets.

In Cold Blood: a True Account of a Multiple Murder and its Consequences By: Capote, Truman – An account of the senseless murder of a Kansas farm family and the search for the killers.

On the Road By: Kerouac, Jack – On the Road is a thinly fictionalized autobiography, filled with a cast made of Kerouac’s real life friends, lover, and fellow travelers. Narrated by Sal Paradise, one of Kerouac’s alter-egos, On the Road is a cross-country bohemian odyssey that not only influenced writing in the years since its 1957 publication but penetrated into the deepest level of American thought and culture. 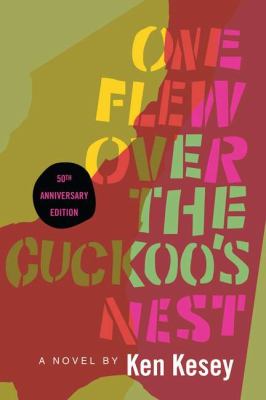 One Flew Over the Cuckoo’s Nest By: Kesey, Ken – McMurphy, a criminal who feigns insanity, is admitted to a mental hospital where he challenges the autocratic authority of the head nurse.

A Painted House By: Grisham, John – Racial tension, a forbidden love affair, and murder are seen through the eyes of a seven-year-old boy in a 1950s Southern cotton-farming community.

The Poisonwood Bible By: Kingsolver, Barbara – The family of a fierce evangelical Baptist missionary–Nathan Price, his wife, and his four daughters–begins to unravel after they embark on a 1959 mission to the Belgian Congo, where they find their lives forever transformed over the course of three decades by the political and social upheaval of Africa.

A Prayer for Owen Meany By: Irving, John – Owen Meany hits a foul ball while playing baseball in the summer of 1953 that kills his best friend’s mother, an accident that Owen is sure is the result of divine intervention.

She’s Come Undone By: Lamb, Wally – Overweight and sensitive Dolores Price grows from painful childhood, through excruciating adolescence, to lonely adulthood, experiencing the heartache of being a misfit in a confusing world.

Shutter Island By: Lehane, Dennis – U.S. Marshal Teddy Daniels and his partner, Chuck Aule, come to Shutter Island’s Ashcliffe Hospital in search of an escaped mental patient, but uncover true wickedness as Ashcliffe’s mysterious patient treatments propel them to the brink of insanity.

Song of Solomon By: Morrison, Toni – Macon Dead, Jr., called Milkman, son of the richest Negro in town, moves from childhood into early manhood, searching, among the disparate, mysterious members of his family, for his life and reality.

Stones from the River By: Hegi, Ursula – Trudi, a dwarf librarian, tells about the lives of people in the small German town of Burgdorf from World War I and into the 1950s.

A Walk to Remember By: Sparks, Nicholas – A nostalgic look back at the 1950s in a story of first love set in a small North Carolina town.

Bone by Bone by Bone By: Johnston, Tony – In 1950s Tennessee, ten-year-old David’s racist father refuses to let him associate with his best friend Malcolm, an African American boy. 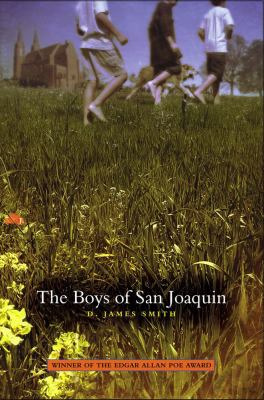 The Boys of San Joaquin By: Smith, D. James – In a small California town in 1951, twelve-year-old Paolo and his deaf cousin Billy get caught up in a search for money missing from the church collection, leading them to complicated discoveries about themselves, other family members, and townspeople they thought they knew.

Fire from the Rock By: Draper, Sharon M. – In 1957, Sylvia Patterson’s life–that of a normal African American teenager–is disrupted by the impending integration of Little Rock’s Central High when she is selected to be one of the first black students to attend the previously all white school.

Keeping Score By: Park, Linda Sue – In Brooklyn in 1951, a die-hard Giants fan teaches nine-year-old Maggie, who is a “Bums” (Dodgers) fan, how to use a technique to keep score of a baseball game which creates a special friendship between them. 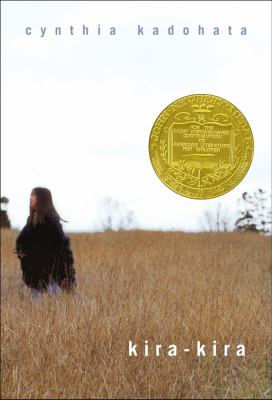 Kira-kira By Kadohata, Cynthia – Chronicles the close friendship between two Japanese-American sisters growing up in rural Georgia during the late 1950s and early 1960s, and the despair when one sister becomes terminally ill.

The Lions of Little Rock By: Levine, Kristin – In 1958 Little Rock, Arkansas, painfully shy twelve-year-old Marlee sees her city and family divided over school integration, but her friendship with Liz, a new student, helps her find her voice and fight against racism.

Mississippi Trial, 1955 By: Crowe, Chris – In Mississippi in 1955, a sixteen-year-old finds himself at odds with his grandfather over issues surrounding the kidnapping and murder of a fourteen-year-old African American from Chicago.

My Louisiana Sky By: Holt, Kimberly Willis – Growing up in Saitter, Louisiana, in the 1950’s, twelve-year-old Tiger Ann struggles with her feelings about her stern, but loving grandmother, her mentally slow parents, and her good friend and neighbor, Jesse. 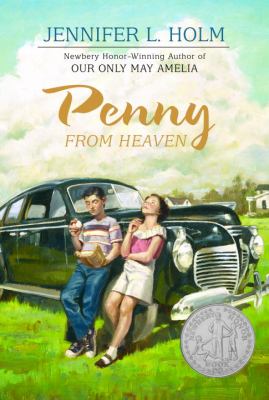 Penny from Heaven By: Holm, Jennifer – As she turns twelve during the summer of 1953, Penny gains new insights into herself and her family while also learning a secret about her father’s death.

Stitches By: Small, David – In this memoir, David Small tells the story of his boyhood in the 1950s. Believing that science can fix everything, his radiologist father subjected David to numerous x-rays for various childhood ailments, resulting in cancer that was untreated for years. At age 14, unaware that he had throat cancer and was expected to die, David awoke from an operation left him nearly mute. Beautifully told from a child’s perspective, this pen and ink graphic novel is both dark and delightful.

Strings Attached By: Blundell, Judy – Kit Corrigan, seventeen, leaves her home in Providence, Rhode Island, hoping to find fame and fortune on Broadway. It’s 1950, and Billy, Kit’s ex-boyfriend, has joined the army, but his mob-connected father offers Kit a Manhattan apartment and a nightclub job if she agrees to keep him informed about Billy and his friends. Soon Kit is way over her head, caught in a web of intrigue, love, betrayal, and murder.

Tunes for Bears to Dance To By: Cormier, Robert – Eleven-year-old Henry escapes his family’s problems by watching the woodcarving of Mr. Levine, an elderly Holocaust survivor, but when Henry is manipulated into betraying his friend, he comes to know true evil.

Way Down Deep By: White, Ruth – In the West Virginia town of Way Down Deep in the 1950s, a foundling called Ruby June is happily living with Miss Arbutus at the local boarding house when suddenly, after the arrival of a family of outsiders, the mystery of Ruby’s past begins to unravel.

When Grandmama Sings By: Mitchell, Margaree King – An eight-year-old girl accompanies her grandmother on a singing tour of the segregated South, both of them knowing that Grandmama’s songs have the power to bring people together.