Here you’ll find a selection of Feature Films and Documentaries. Some of them were filmed during the Fifties but the majority are either set then or about that time period. We’ve tried to include something for everyone.

Click on the titles to be taken to the Library’s Online Catalog.

All the King’s Men – Willie Stark is an uncorrupted small-town mayor in 1950s Louisiana. He gets picked by the political machine to run as a wild card candidate in the upcoming gubernatorial race. When Willie realizes that he is being manipulated, he veers off on his own to become the darling of the electorate’s downtrodden and forgotten hicks. 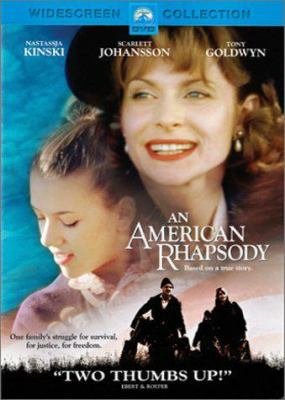 An American Rhapsody – In order to escape Communist Hungary, a family must leave behind their infant daughter. She is then temporarily raised by a peasant Hungarian couple. When the daughter is finally brought to America to be with her family, her relationship with her real family becomes strained. The girl is torn between two mothers and two homelands. Based on a true story. The girl returns to Hungary and takes an unforgettable journey of self-discovery.

La Bamba – Biographical story of the rise from nowhere of singer Ritchie Valens whose life was cut short by a plane crash. 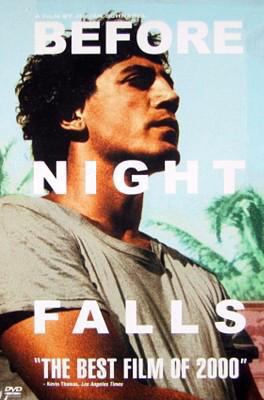 Before Night Falls – A look at the life of Reinaldo Arenas, from childhood in Cuba to his death in New York City. His writings and homosexuality get him in trouble with Castro’s Cuba and he spends two years in prison before leaving for the United States.

Beyond the Sea – One of America’s greatest performers, Bobby Darin lived a rags-to-riches life. He worked his way from shady nightclubs to his dream destination, the Copacabana, where he wowed the crowds with his songs. He was a marvel at singing, songwriting and performing – stealing the hearts of fans everywhere despite the suffering in his own heart.

The Blue Kite – Told from the perspective of a young boy, Tietou, this film traces the fate of a Beijing family and their neighbors through the political and social upheavals in China in 1950’s and 60’s.

Bye Bye Birdie – When rock star Conrad Birdie gets drafted, his manager organizes a nationwide contest in which one lucky girl wins a farewell kiss on The Ed Sullivan show.

Capote – In 1959, Truman Capote was a popular writer for The New Yorker. He learns about the horrific and senseless murder of a family of four in Halcomb, Kansas. Inspired by the story, Capote and his partner, Harper Lee, travel to the town to do research for an article. However, as Capote digs deeper into the story, he is inspired to expand the project into what would be his greatest work, “In Cold Blood.” 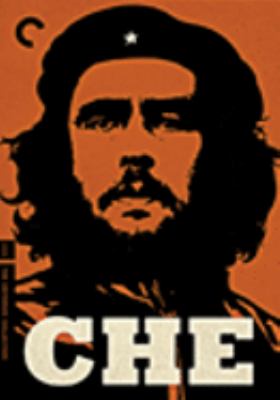 Cry Baby – A spoof and homage to 1950’s teen rock melodramas. Cry Baby is a rebel with a gang of rough friends. Allison is the straight-laced girl who falls for him.

Diner – Set in 1959, a band of long-time buddies since high school gather at a local diner to share their escapades and make sense of their lives. As one by one they drift off to join the mainstream of life they still cling to their shared boyhood dreams.

Ed Wood – A stranger-than-fiction true story of the early career of Edward D. Wood, Jr., the undisputed worst movie director of all time. Wood was the auteur behind Glen or Glenda? and Plan 9 from outer space, and it is during the making of these two no-budget flicks that Wood is profiled.

Evita – True-life story of Eva Peron, who rose above childhood poverty and a scandalous past to achieve fortune and fame.

Forrest Gump – Through three turbulent decades, Forrest rides a tide of events that whisks him from physical disability to football stardom, from Vietnam hero to shrimp tycoon, from White House honors to the arms of his one true love.

Goodfellas – Three decades in the life of a group of men involved with organized crime.

Grease – It’s love when a greaser falls for a good girl in this classic musical depicting young life in the fifties.

Hollywoodland – Made famous as Superman on television, George Reeves finds it hard to not be typecast because of it. When he is found dead of a gunshot wound, rumors begin to run rampant. Based on Hollywood’s most notorious unsolved mystery.

Hoosiers – A man is given a last chance to redeem himself when he takes a coaching position for a high school basketball team in a small town in Indiana in the early 1950s. He is challenged with the task of bringing the unknown team to a championship.

James Dean – A made-for-cable biography that looks at the star’s short but troubled life, his years of struggle before his sudden rise to fame, and the car crash that took his life at the age of 24.

The Killer Inside Me – A sheriff is on the case to solve a string of murders in his small town, knowing that he is the killer. 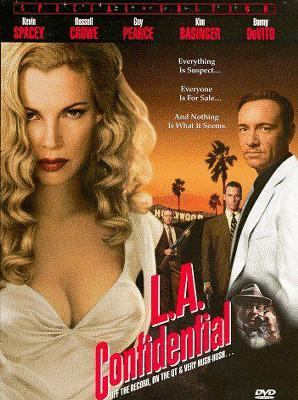 L.A. Confidential – The lives of three cops, a call girl, a millionaire, a tabloid journalist, and the chief of detectives become intertwined in a tale of police corruption in 1950s Los Angeles.

The Last Picture Show – A group of 50’s high schoolers come of age in a bleak, isolated, atrophied West Texas town that is slowly dying, both economically and culturally.

Lolita – Humbert, a divorced British professor, travels to small-town America for a teaching position. He allows himself to be swept into a relationship with Charlotte, whom he marries in order that he might pursue her 14-year-old daughter, Lolita.

M*A*S*H – The staff of a Korean War field hospital use humor and hijinks to keep their sanity in the face of the horror of war. 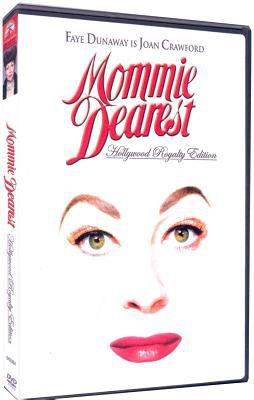 Mommie Dearest – The story of legendary movie star Joan Crawford as she struggles for her career and battles the inner demons of her private life. This torment manifests itself into her relationships with her adopted children, Christina and Christopher.

My Favorite Year – Alan Swann is a legendary movie idol forced by the IRS to face the music–deportation or a TV appearance to pay up. Benjy is in charge of making sure Swann shows up sober. You are taken behind the scenes during the early days of live variety shows.

Nowhere Boy – Set in Liverpool in 1955, the adolescent years of John Lennon are chronicled. In a family full of secrets, two incredible women clash over John — his Aunt Mimi who raised him and the prodigal mother. Yearning for a normal family, he escapes into the new and exiciting world of rock ‘n’ roll where he meets a kindred spirit in the teenage Paul McCartney. Just as John begins his new life, tragedy strikes. But a resilient young man finds his voice and an icon explodes into the world.

October Sky – True story of a young boy growing up in Coalwood, West Virginia during the 1950’s who dreams of building rockets.

Pleasantville – A brother and sister are magically transported through their television set and into the black-and-white world of a 1950s sitcom called Pleasantville.

Quiz Show – Fame and fortune become a hotbed of scandal when a Washington investigator uncovers corruption beneath the TV’s hottest quiz show’s glittering facade. The scandal implicates both the wildly popular champion and the disgruntled ex-champ.

The Reader – Post-WWII, Germany. Michael Berg is a teenager who becomes ill and is helped home by Hanna, a stranger twice his age. Michael recovers from scarlet fever and seeks out Hanna to thank her. The two are quickly drawn into a passionate but secretive affair. Michael discovers that Hanna loves being read to and their physical relationship deepens. 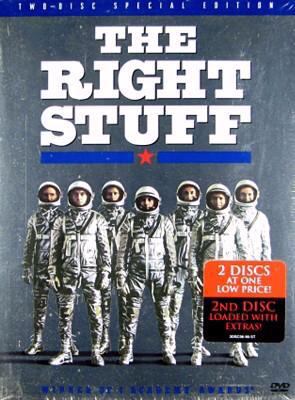 Superman – As an infant, Superman is sent to earth from the doomed planet Krypton. As he grows up, he learns he has super powers which he must hide from the ordinary mortals around him.

Sylvia – Born in Boston, MA, in 1932, Plath developed a talent as a writer and published her first poem when she was eight years old. That same year, Plath was forced to confront the unexpected death of her father. In 1950, she began studying at Smith College on a literary scholarship. In 1955, she was granted a Fulbright Scholarship to study in England at Cambridge. There, Plath met Ted Hughes, a respected author. The two fell in love, and married in 1958. However, marriage, family, and a growing reputation as an important poet failed to bring Plath happiness.

This Boy’s Life – Caroline just wants to settle down in one place, find a decent guy and provide a better home for her handful of a son, Toby. When she moves to Seattle and meets Dwight, she thinks she’s got it made. Toby, however, feels differently after spending time with Dwight while away from Caroline. Dwight seems to want to mold Toby into a better person, but to do so, he emotionally, verbally and physically abuses the kid. The marriage proceeds, and soon Caroline, too, recognizes Dwight’s need to dominate everyone around him.

The Tree of Life – The impressionistic story of a Midwestern family in the 1950s that follows the life journey of the eldest son, Jack, through the innocence of childhood to his disillusioned adult years as he tries to reconcile a complicated relationship with his father. Jack finds himself a lost soul in the modern world, seeking answers to the origins and meaning of life while questioning the existence of faith.

Walk the Line – Traces Johnny Cash’s childhood, including his distant father to his early attempts at a music career. At this point in his life he marries his girlfriend Vivian. During a tour with singer/musicians Elvis and Jerry Lee Lewis, he encounters singer June Carter, and his love for her, and her rejection of him through the years, spurs him into drugs, drinking, and depression. June is both a sassy spitfire singer whose charm breaks hearts and eventually becomes a sympathetic friend who tries to help Johnny get over her. A true love story of two country music stars.

West Side Story – This musical sets the tragedy of Romeo and Juliet against a backdrop of the rivalry of two street gangs, the Sharks and the Jets, in New York of the 1950s. A young woman who is sister to the Sharks leader has her first taste of love with the former head of the Jets.

When Did You Last See Your Father? – When a 40-year-old writer visits his dying father, he begins to relive the memories of his past and is forced to realize that his once “immortal, invincible and infallible” father is human after all.