Here you’ll find a list of “Seventies” Films. Some of them were filmed during this decade but the majority are either set then or about that time period. We’ve tried to include something for everyone.

CLICK ON THE TITLES TO BE TAKEN TO THE LIBRARY’S ONLINE CATALOG. THERE, YOU CAN REQUEST THE ITEM AND SEE MORE INFORMATION INCLUDING RATING INFORMATION.

Almost Famous – It’s the opportunity of a lifetime when teenage reporter William Miller lands an assignment from Rolling Stone magazine. Despite the objections of his protective mother, William hits the road with an up-and-coming rock band and finds there’s a lot more to write home about than the music.

Anchorman: the Legend of Ron Burgundy – It’s the 70’s and Ron Burgundy is the king of San Diego. He’s the most popular news anchor in town. He and his all male news team rule the city with their sauve looks, minimal IQ’s and unbelievably bad hair. In Ron’s world, women don’t belong in the newsroom. So when rising star reporter Veronica Corningstone fills in for Ron one night and the ratings soar, it becomes more than a battle … it becomes war. 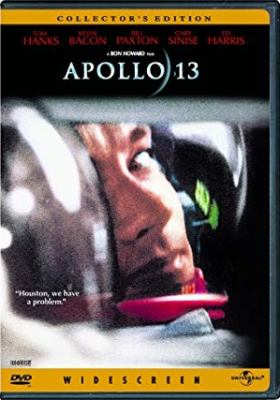 Apollo 13 – True story of how three astronauts, stranded 205,000 miles above the earth, fight a battle to survive while Mission Control works against time to bring them home.

Balzac and the Little Chinese Seamstress: a Tailor Made Romance – Set in the early 1970s during the later stages of China’s Cultural Revolution, two city-bred teenage best friends are sent to a backward mountainous region for Maoist re-education.

Born on the Fourth of July – A young man joins the army and fights in Vietnam, only to become a wheelchair-bound paraplegic resulting from battle. He then becomes a loud voice in the anti-war movement. Based on Ron Kovic’s book.

Casino – Two mobsters head to Las Vegas in the 1970s to manage the Tangiers casino and establish the Mafia’s presence in the city’s gambling industry.

Dazed and Confused – Coming of age story of high school students in the ’70s. Eight seniors facing life after high school have one last party.

Detroit Rock City – Follows three best friends in 1978 as they hit the road to see their favorite band–Kiss.

Dirty Harry – A violently inclined San Francisco police inspector is the only cop who is able to arrest a rooftop sniper. When the man is released through lack of evidence, he takes private revenge.

Edward Scissorhands – Once upon a time in a castle high on a hill lived an inventor whose greatest creation was named Edward. Although Edward had an irresistible charm, he wasn’t quite perfect. The inventor’s sudden death left him unfinished, with sharp shears of metal for hands. Edward lived alone in the darkness until one day a kind Avon Lady took him home to live with her family. And so began Edward’s fantastic adventures in a pastel paradise known as Suburbia.

Fear and Loathing in Las Vegas – Fueled by a suitcase full of pharmaceuticals, journalist Raoul Duke and his sidekick Dr. Gonzo set off on a fast and furious ride through nonstop neon, surreal surroundings and a crew of crazy characters.

Field of Dreams – Iowa farmer Ray Kinsella is inspired by a voice he can’t ignore to pursue a dream he can hardly believe. Supported by his wife, Annie, Ray begins the quest by turning his ordinary cornfield into a place where dreams can come true.

The Greatest – A dramatization of the life of Muhammad Ali, from his Olympic gold medal victories to his battle to regain his heavyweight title.

Harold and Maude – A black comedy about a rich, disturbed, young man, fascinated with death and funerals, who has an affair and a series of adventures with an eccentric and independent 80-year-old woman.

The Hoax – Pathological liar Clifford Irving stages a complex hoax. In the 1970’s Irving managed to fool a major publisher and LIFE magazine into thinking he was writing an authorized biography of Howard Hughes. Irving and his best friend and partner, Dick Susskind, go to extreme lengths to pull off the hair-brained scheme. 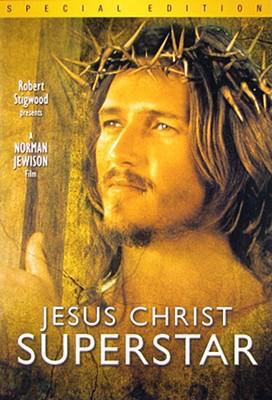 Kingpin – Roy Munson is a pro bowler who seems destined for greatness, or as close to greatness as a bowler can get. But after a run-in with angry competitors, Roy finds himself sadder, wiser and minus his bowling hand. Years later, he thinks he’s found his ticket back to the big time when he meets the naive Ishmael, an Amish bowling whiz. Together, they set out for a million-dollar tournament in Reno.

The Kite Runner – As young boys living in Afghanistan, Amir and Hassan were inseparable friends, until one fateful act tore them apart. Years later, Amir will embark on a dangerous quest to right the wrongs of the past.

The Last King of Scotland – Chronicles Idi Amin’s rise and fall. Amin’s despotic reign of terror is viewed through the eyes of Nicholas Garrigan, a Scottish doctor who arrives in Uganda in the early 1970s to serve as Amin’s personal physician. His perspective as an outsider causes him to be initially impressed by Amin’s calculated rise to power and he grows increasingly monstrous. A pointed examination of how independent Uganda (a British colony until 1962) became a breeding ground for Amin’s genocidal tyranny. Amin is both seductive and horribly destructive. Garrigan grows increasingly prone to exploitation.

The Longest Yard (1974) – Filmed on location at the Georgia State Prison, semi-pro football is played with the cons as the heroes and the guards as the heavies.

The Lords of Dogtown – Based on the true story of the legendary Z-Boys, this film is a fictionalized take on a brilliant group of young skateboarders who perfect their craft in the empty swimming pools of unsuspecting suburban homeowners, pioneering a thrilling new sport.

Milk – His life changed history. His courage changed lives. Harvey Milk is a middle-aged New Yorker who, after moving to San Francisco, became a Gay Rights activist and city politician. On his third attempt, he was elected to San Francisco’s Board of Supervisors in 1977. His election makes him the first openly gay man to be elected to public office in the United States. The following year, both he and the city’s mayor, George Moscone, were shot to death by former city supervisor, Dan White, who blamed his former colleagues for denying White’s attempt to rescind his resignation from the board. Based on the inspiring true story of Harvey Milk.

Nixon – A riveting look at a complex man, Richard Nixon, whose chance at greatness was ultimately destroyed by his passion for power–when his involvement in conspiracy jeopardized the nation’s security and the presidency of the United States.

Now and Then – A heartwarming comedy about the childhood mischief of four best friends who reunite after twenty years. 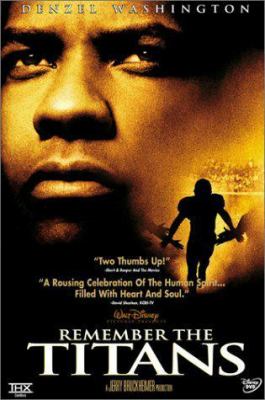 Remember the Titans – A drama of forced high school integration in Alexandria, Virginia in 1971. After leading his team to fifteen winning seasons, white football coach Bill Yoast is demoted and replaced by African-American Herman Boone, tough, opinionated and as different from Yoast as could be. The two men overcome their differences and turn a group of hostile young men into champions. A rousing celebration of how a town torn apart by resentment, friction and mistrust comes together in triumphant harmony.

Rocky – Rocky Balboa, the underdog, gets his million-to-one shot at love, self-respect and the world heavyweight boxing crown and comes out a winner.

Roll Bounce – X and his friends rule their local 1970s roller-rink, that is until they are shocked to discover that their home base is going out of business. Heading over to the Sweetwater Roller Rink, they find their modest talents are, at first, no competition for their trick skaters and pretty girls who follow their every move. Now Xavier and his crew must pull together as a team to try and win big money at a rival rink’s Roller Jam skate-off. 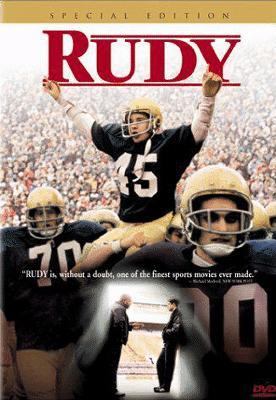 Rudy – Although people have told Rudy all his life he’s not good enough, smart enough or big enough, nothing can stop his impossible dream of playing football for Notre Dame.

Secretariat – The spectacular journey of an incredible horse named Secretariat and the moving story of his unlikely owner, a housewife who risked everything to make him a champion.

Taxi Driver – A psychotic taxi driver tries to save a child prostitute and becomes infatuated with a political campaigner. He goes on a violent rampage when his dreams don’t work out.

The Virgin Suicides – When school hunk Trip Fontain convinces the beautiful but sheltered Lisbon sisters to go to the prom, the romantic fantasies of a group of neighborhood boys threaten to come true– until all are engulfed in a stunning chain of events that will change their lives forever.

The War – It’s Mississippi, the summer of 1970, and two children are determined to build the ultimate treehouse with their friends, while their father, a newly returned Vietnam vet, has equally high hopes to rebuild his life.