Here you’ll find a list of “Sixties” Films. Some of them were filmed during the Sixties but the majority are either set then or about that time period. We’ve tried to include something for everyone.

CLICK ON THE TITLES TO BE TAKEN TO THE LIBRARY’S ONLINE CATALOG. There, you can request the item and see more information including rating information. 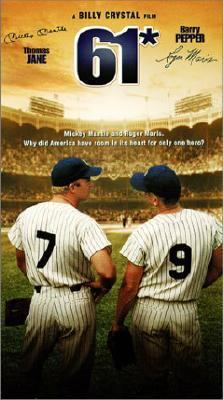 61* – Mickey Mantle and Roger Maris, one was the Yankees’ best loved players and the other was their most valuable. 1961 was about to be the summer that no one who loves baseball will ever forget. Both men find that they are approaching Babe Ruth’s 1927 single-season 60 home-run record. Facing pressure from the media and the stands, both men know that there is only room for one winner. The fans make their choice, but the people’s favorite isn’t the favorite to win.

Across the Universe – Jude is a dock worker from Liverpool who travels to the United States in the 1960s to find his estranged father. There, he falls in love with sheltered American teenager Lucy. When her brother, Max, is drafted to fight in the Vietnam War, they become involved in peace activism.

Ali – An amazing epic drama of the biography of boxing legend, Muhammad Ali, from his early days to his days in the ring.

American Gangster – Following the death of his employer and mentor, Bumpy Johnson, Frank Lucas establishes himself as the number one importer of heroin in Harlem. He does so by buying heroin directly from a source in South East Asia, and he comes up with a unique way of importing the drugs into the United States. As a result, his product is superior to what is currently available on the street and his prices are lower. His alliance with the New York Mafia ensures his position. Richie Roberts is a dedicated and honest policeman who heads up a joint narcotics task force with the Federal government and is determined to bring down Lucas’ drug empire. Based on a true story. 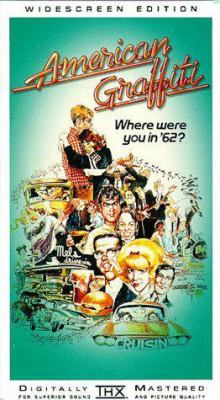 American Graffiti – Four teenagers come of age in 1962 on the last summer night before they go off to college, jobs, or the army.

Apocalypse Now – A United States Army officer/trained assassin is sent into the depths of a southeast Asian jungle to seek out a renegade colonel and terminate his command during the Vietnam War.

Blast from the Past – Adam Webber was born and raised in a bomb shelter by his sherry-swilling mother and his mad scientist father. His simple childhood was filled with Perry Como records, The Honeymooners reruns and good old-fashioned family values. Now, 35 years later, Adam is about to emerge into a bewildering modern world in search of supplies and a simple girl from Pasadena. Instead, he meets Eve, a modern LA woman jaded about life and burned by love.

A Bronx Tale – A hard-working bus driver must stand up to the local mob boss if he is to keep his son from falling into a life of crime.

Catch Me if You Can – Based on the autobiography of a brilliant young master of deception and the FBI agent hot on his trail. Frank W. Abagnale, Jr. passed himself off as a pilot, a lawyer, and a doctor all before his 21st birthday. 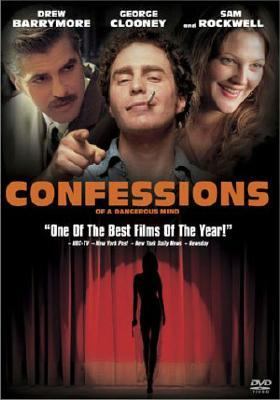 Confessions of a Dangerous Mind – Television made him famous, but his biggest hits happened off screen. The story of a legendary showman’s double life–television producer by day, CIA assassin by night. At the height of his TV career, Chuck Barris was recruited by the CIA and trained to become a covert operative, or so he said.

Crazy in Alabama – It’s the summer of 1965, and everyone in Alabama has gone completely crazy, especially 12-year-old Peejoe’s glamorous Aunt Lucille. Deciding not to let her abusive husband stand in the way of her dreams of television stardom, she gets rid of him in a most unusual way and leaves Peejoe with lots of questions and one explosive secret.

Dead Presidents – “On the streets, they call cash dead presidents. And that’s just what a Vietnam veteran is after when he returns home from the war, only to find himself drawn into a life of crime. With the aid of his fellow vets he plans the ultimate heist–a daring robbery of an armored car filled with unmarked U.S. currency!”

Down with Love – A feminist writer in the early 1960’s who is promoting her book ‘Down With Love’ has sworn off love. A New York City journalist thinks he doesn’t need love. See what happens when they fall for each other in this old-fashioned romantic comedy.

Dreamgirls – The story of the rise and fall of three young women who make-up an African-American girl group in the racially turbulent 60s. Deena Jones, Effie White, and Lorrell Robinson desire to become pop stars and eventually get their wish when they are asked to be backup singers for the legendary James “Thunder” Early.

An Education – In the early 1960’s, 16-year-old Jenny Mellor lives with her parents in a London suburb. She is smart, pretty, and working toward her goal of being accepted into Oxford. Her life will take a big turn when she meets David, a man twice her age. Now she must decide if she will pursue an education at Oxford, or if she will choose to learn all that a charismatic older man can teach her.

Factory Girl – Edie Sedgwick, a beautiful, wealthy young party girl, drops out of Radcliffe in 1965 and heads to New York to become Holly Golightly. When she meets a hungry young artist named Andy Warhol, he promises to make her the star she always wanted to be. But after she explodes on the New York scene, she slowly finds herself losing her grip on reality.

Fly Me to the Moon – Young housefly Nat is looking for adventure and hatches a plan to jet into outer space with his two best friends, I.Q. and Scooter. In their homemade space suits, they take a wild ride aboard Apollo 11 all the way to the moon. After a potentially disastrous mechanic problem, these daredevil flies must save the day.

Full Metal Jacket – Vietnam war drama which begins with a depiction of the brutality of Marine Corps training and then shifts to Vietnam, focusing mainly on a group of Marines responding to the Tet Offensive of 1968. 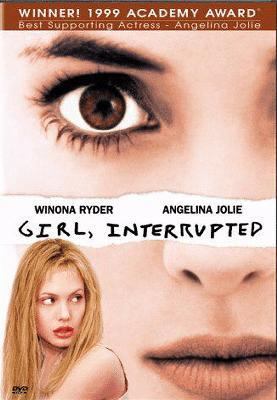 Girl, Interrupted – Based on a true story of a young woman’s life-altering stay at a famous psychiatric hospital in the late 1960’s.

Hair – Fresh from the farm, Claude Bukowski arrives in New York City for a date with the Army Induction Board, only to walk into a hippie “happening” in Central Park and fall in love with the beautiful Sheila. Befriended by the hippies’ pacifist leader, Berger, and urged to crash a formal party in order to declare his love for Sheila, Claude begins an adventure that lands him in jail, Central Park Lake and finally, in the army. But Berger’s final effort to save Claude from Vietnam sets in motion a bizarre twist of fate– with shocking consequences.

The Help – Mississippi during the 1960s: Skeeter, a southern society girl, returns from college determined to become a writer, but turns her friends’ lives, and a small Mississippi town, upside down when she decides to interview the black women who have spent their lives taking care of prominent southern families. Aibileen, Skeeter’s best friend’s housekeeper, is the first to open up, to the dismay of her friends in the tight-knit black community.

Little Shop of Horrors – In this musical, business blooms at Mushnik’s Flower Shop when an exotic potted plant called Audrey II arrives. The plant turns out to be carnivorous and has people rushing in to see it–and disappearing.

M. Butterfly – A French civil service officer risks and then abandons everything in his life in his obsessive pursuit of a enigmatic Chinese opera diva.

Magdalene Sisters – In Ireland in the 1960s, four women were sent to the Magdalene Laundries, an institution for “fallen” women, where they will atone for their sins through a regimented life of work and prayer. They all had to work in the laundry, where the strict nuns would break everyone’s wills through sadistic punishment. Based on a true story.

The Man without a Face – A man with a badly scarred face is hired to help a boy pass his military school entrance exam.

Mississippi  Burning – Set in Mississippi in 1964, this is a fictionalized version of the case of the murder of three young civil rights workers, the FBI’s attempts to find the missing boys and the clash between the authorities and the locals in a Klan-dominated town.

Mr. Holland’s Opus – A frustrated composer comes to realize that his real passion is teaching and that his legacy is not a truly memorable piece of music, but the generations of young people whose lives he affects.

National Lampoon’s Animal House – In 1962, Larry Kroger and Kent Dorfman are freshman in college. They want to join a fraternity. After visiting several, including the snobby Omega house, they come to a Delta house pledge party. Here they meet the handsome, but compulsive womanizer Otter, his best friend Boone, Boone’s girlfriend Katy, the daring thrill-seeker D-Day, the ever responsible Hoover, and slacker Bluto. They are accepted into the fraternity and join in on the wild toga parties, road trips, and pratical jokes. But Dean Wormer is determined to have Delta kicked off campus and its members expelled. He enlists the help of Omega house and its leaders Doug Neidermyer and Greg Marmalard and new pledge Chip Diller. Delta is not willing to go away quietly.

The Outsiders – Coming of age movie set in Tulsa Oklahoma in the mid sixties.

Peggy Sue Got Married – Peggy Sue, a mother of two who runs her own business & is coping with an impending divorce, attends her 25th high school reunion, where a freak mishap sends her decades back in time, giving her the power to create an entirely different future for herself. 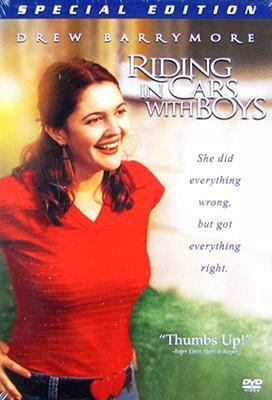 Riding in Cars with Boys – Based on a true story. A single mother, with dreams of going to college and becoming a writer, has a son at the age of 15 and goes through a failed marriage with her son’s drug-addicted father.

Secondhand Lions – To the rest of the world, Garth and Hub are mysterious old men hiding millions. But to Walter, they are family – and now they’re about to lead him on an adventure he’ll never forget.

Simon Birch – Ever since doctors proclaimed Simon Birch’s birth as a miracle, Simon’s sure he’s going to be a hero, he’s just not sure how.

That Thing You Do! – The overnight triumph of an American rock band in the glory days of rock & roll.

A Walk on the Moon – It’s the summer of 1969 and realizing she missing the sexual revolution Pearl has a passionate affair with a free-spirited young man, but then she has to make a choice between her husband and family or her newfound desires.

Zodiac – A serial killer in the San Francisco Bay Area taunts police with his letters and cryptic messages. The four men most affected by the killer are San Francisco PD Homicide detectives David Toschi and William Armstrong, and the San Francisco Chronicle reporters Paul Avery and Robert Graysmith.

Yellow Submarine – Once upon a time–or maybe twice, there was an unearthly paradise called Pepperland, a place where happiness and music reigned supreme. But all that was threatened when the terrible Blue Meanies declared war and sent in their army led by a menacing Flying Glove to destroy all that was good. Enter John, Paul, George and Ringo to save the day! Armed with little more than their humour, songs, and of course, their yellow submarine, The Beatles tackle the rough seas ahead in an effort to bring down the evil forces of bluedom.