Here you’ll find a list of books that are either set in the 1960s or were written during this time. This list is broken down by age but there are many books that can be enjoyed by some or all of the age groups. This list is just a sample of the thousands of books that we can access through the county-wide system. Some descriptions were taken from the catalog, others from our Literature database; Novelist (click to access from home.) 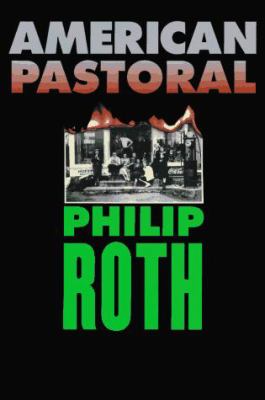 American Pastoral By: Roth, Philip – A former athletic star, devoted family man, and owner of a thriving glove factory, Seymour “Swede” Levov finds his life coming apart during the social disorder of the 1960s, when his beloved daughter turns revolutionary terrorist out to destroy her father’s world.

Bad Boy Brawly Brown: an Easy Rawlins Mystery By: Mosley, Walter – Set in 1964, Easy is on a mission to lure Brawley Brown back to his mother. But not only is Brawley bad, he’s big and not so easily swayed, especially since joining the Urban Revolutionary Party, a political group wary of strangers. Add to that a cache of stolen guns, secret government investigators, a payroll heist, several murders, problems with his son, and everybody lying about everything, plus his own crushing guilt over the apparent death of his best friend, and you’ve got Easy behind the eight ball once again.

Hearts in Atlantis By: King, Stephen – Composed of five interconnected, sequential narratives, set in the years from 1960 to 1999. Each story is deeply rooted in the Sixties, and each is haunted by the Vietnam War.

The Help By: Stockett, Kathryn – Limited and persecuted by racial divides in 1962 Jackson, Mississippi, three women, including an African-American maid, her sassy and chronically unemployed friend, and a recently graduated white woman, team up for a clandestine project.

I’ll Never Get out of This World Alive By: Earle, Steve – Wracked by guilt and addiction ten years after administering a fatal morphine overdose to Hank Williams, Doc Ebersole performs illegal medical services in the red-light district of San Antonio before meeting a young Mexican immigrant who seems to heal others with her touch.

Matterhorn: a Novel of the Vietnam War By: Marlantes, Karl – Lieutenant Waino Mellas and his fellow Marines venture into the mountain jungle of Vietnam as boys and fight their way into manhood, confronting external obstacles as well as racial tension, competing ambitions, and underhanded officers. 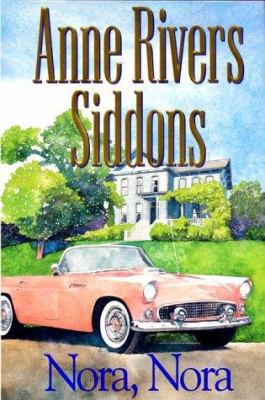 Nora, Nora By: Siddons, Anne Rivers – A young woman with a troubled past comes to visit her cousin and widowed uncle for the summer, and stuns the residents of their small Georgia town.

Replay By: Grimwood, Ken – Through a bizarre cycle of dying and coming back to life again and again, Jeff Winston receives six chances to change his life, correct previous mistakes, and find the happiness that has long eluded him.

The Secret Life of Bees By: Kidd, Sue Monk – After her “stand-in mother,” a bold black woman named Rosaleen, insults the three biggest racists in town, Lily Owens joins Rosaleen on a journey to Tiburon, South Carolina, where they are taken in by three black, bee-keeping sisters.

Songs in Ordinary Time By: Morris, Mary McGarry – A novel set in a small town in Vermont in 1960 offers the story of lonely and vulnerable Marie Fermoyle, her three children, and a dangerous con man. 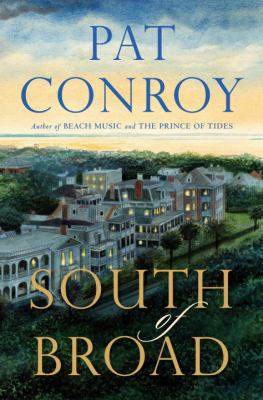 South of Broad By: Conroy, Pat – After his brother’s suicide, Leopold Bloom King struggles along with the rest of his family in Charleston, South Carolina, until he begins to gather an intimate circle of friends, whose ties endure for two decades until a final, unexpected test of friendship.

The Stones of Summer By: Mossman, Dow – This stream-of-consciousness novel is the story of Dawes Williams, who grows up in Iowa and enters the world of the ’60s as a hell-raising counterculture figure. In the process, he grows as a writer.

The Unbearable Lightness of Being By: Kundera, Milan – After the 1968 Soviet invasion of Czechoslovakia, a married surgeon, Tomas, becomes a window washer while trying to reconcile himself to decisions that he and his wife must make about their relationship.

Valley of the Dolls By: Susann, Jacqueline – Three women seek escape as they learn about the bitterness, corruption, and falsehoods of the show-business world.

While I was Gone By: Miller, Sue – Having moved on with her life after a friend was brutally murdered, Jo Becker is now married with a grown family, but when an old housemate moves into the neighborhood, Jo rekindles a relationship that takes her back to the past and threatens her future.

Bliss By: Myracle, Lauren – When Bliss’s hippie parents leave the commune and dump her at the home of her aloof grandmother in a tony Atlanta neighborhood, it’s like being set down on an alien planet. The only guide naïve Bliss has to her new environment is what she’s seen on The Andy Griffith Show. But Mayberry is poor preparation for Crestview Academy, an elite school where the tensions of the present and the dark secrets of the past threaten to simmer into violence. Openhearted, naïve Bliss is happy to be friends with anyone. That’s not the way it has ever worked at Crestview, and soon Bliss is at the center of a struggle for power between three girls—two living and one long dead.

Blue Skin of the Sea: a Novel in Stories By: Salisbury, Graham – Growing up in Hawaii between 1953 and 1966, Sonny tries to come to terms with his feelings for his fisher father and the vast sea that dominates his life.

A Corner of the Universe By: Martin, Ann M. – The summer Hattie turns 12, her predictable smalltown life is turned on end when her uncle Adam returns home for the first time in over ten years. Hattie has never met him, never known about him. He’s been institutionalized; his condition invovles schizophrenia and autism. Hattie, a shy girl who prefers the company of adults, takes immediately to her excitable uncle, even when the rest of the family — her parents and grandparents — have trouble dealing with his intense way of seeing the world. 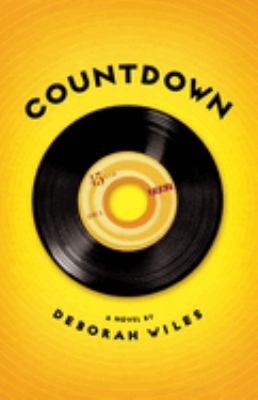 Countdown By: Wiles, Deborah – It’s 1962, and it seems everyone is living in fear. Twelve-year-old Franny Chapman lives with her family in Washington, DC, during the days surrounding the Cuban Missile Crisis. Amidst the pervasive threat of nuclear war, Franny must face the tension between herself and her younger brother, figure out where she fits in with her family, and look beyond outward appearances. For Franny, as for all Americans, it’s going to be a formative year.

Criss Cross By: Perkins, Lynne Rae – Teenagers in a small town in the 1960s experience new thoughts and feelings, question their identities, connect, and disconnect as they search for the meaning of life and love.

Dancing in Cadillac Light By: Holt, Kimberly Willis – In 1968, eleven-year-old Jaynell’s life in the town of Moon, Texas, is enlivened when her eccentric Grandpap comes to live with her family. 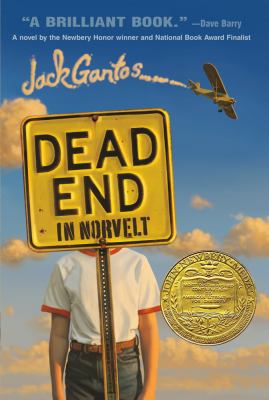 Dead End in Norvelt By: Gantos, Jack – In the historic town of Norvelt, Pennsylvania, twelve-year-old Jack Gantos spends the summer of 1962 grounded for various offenses until he is assigned to help an elderly neighbor with a most unusual chore involving the newly dead, molten wax, twisted promises, Girl Scout cookies, underage driving, lessons from history, typewriting, and countless bloody noses.

Glory Be By: Scattergood, Augusta – In the summer of 1964 as she is about to turn twelve, Glory’s town of Hanging Moss, Mississippi, is beset by racial tension when town leaders close her beloved public pool rather than desegregating it.

Here Today By: Martin, Ann M. – In 1963, when her flamboyant mother abandons the family to pursue her dream of becoming an actress, eleven-year-old Ellie Dingman takes charge of her younger siblings, while also trying to deal with her outcast status in school and frightening acts of prejudice toward the “misfits” that live on her street. 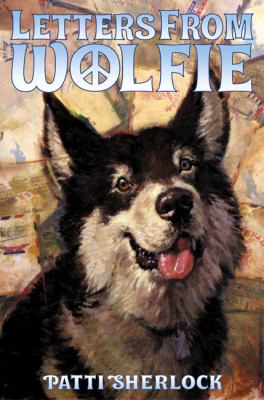 Letters from Wolfie By: Sherlock, Patti – Certain that he is doing the right thing by donating his dog, Wolfie, to the Army’s scout program in Vietnam, thirteen-year-old Mark begins to have second thoughts when the Army refuses to say when and if Wolfie will ever return.

My Mother the Cheerleader By: Sharenow, Rob – Thirteen-year-old Louise uncovers secrets about her family and her neighborhood during the violent protests over school desegregation in 1960 New Orleans.

Neil Armstrong is My Uncle and Other Lies Muscle Man McGinty Told Me By: Marino, Nan – Tamara dreams of the day when ten-year-old Muscle Man McGinty’s constant lies catch up to him, but when an incredible event takes place in the summer of 1969, her outlook on life is altered in the most surprising way. 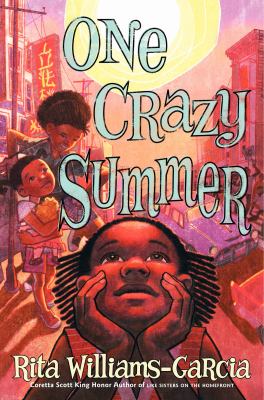 One Crazy Summer By: Williams-Garcia, Rita – In the summer of 1968, after travelling from Brooklyn to Oakland, California, to spend a month with the mother they barely know, eleven-year-old Delphine and her two younger sisters arrive to a cold welcome as they discover that their mother, a dedicated poet and printer, is resentful of the intrusion of their visit and wants them to attend a nearby Black Panther summer camp.

Shooting the Moon By: Dowell, Frances O’Roark – When twelve-year-old Jamie Dexter’s brother joins the Army and is sent to Vietnam, Jamie is plum thrilled. She can’t wait to get letters from the front lines describing the excitement of real-life combat: the sound of helicopters, the smell of gunpowder, the exhilaration of being right in the thick of it. After all, they’ve both dreamed of following in the footsteps of their father, the Colonel. But TJ’s first letter isn’t a letter at all. It’s a roll of undeveloped film, the first of many. What Jamie sees when she develops TJ’s photographs reveals a whole new side of the war. Slowly the shine begins to fade off of Army life – and the Colonel. How can someone she’s worshipped her entire life be just as helpless to save her brother as she is?

The Watsons go to Birmingham, 1963 By: Curtis, Christopher Paul – The ordinary interactions and everyday routines of the Watsons, an African American family living in Flint, Michigan, are drastically changed after they go to visit Grandma in Alabama in the summer of 1963.

Wednesday Wars By: Schmidt, Gary D. – During the 1967 school year, on Wednesday afternoons when all his classmates go to either Catechism or Hebrew school, seventh-grader Holling Hoodhood stays in Mrs. Baker’s classroom where they read the plays of William Shakespeare and Holling learns much of value about the world he lives in.