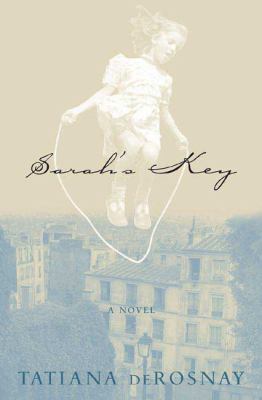 The Vel’ d’Hiv round up was one of the darkest moments in France’s history.  July 16th and 17th of 1942, French police rounded up 13,152 Jewish men, women, and children from Paris and placed them in the Velodrome d’Hiver.   They were kept in horrendous conditions there until they were sent to internment camps.

Once they arrived at the internment camps, they were split up into groups of men and then women and children.  After being divided, all the men, women, and about 4,000 children were sent to Auschwitz.  This piece of French history has been kept away and unacknowledged by the French for years.  The French author, Tatiana De Rosnay, has brought this event to the spotlight in her internationally best selling novel, Sarah’s Key.

In this New York Times best selling novel, Julia Jarmand is a journalist for an American magazine based in Paris.  She has a Parisian husband, Bertrand, and a daughter named Zoe.  In 2002, for the sixtieth anniversary of the Vel’ d’Hiv, Julia begins research on this event that she has never heard of.  Amidst her research, Julia discovers darks secrets about Bertrand’s family.  As Julia learns more about this event and how the people she knows are connected to it, she can’t stop investigating.

Rosnay also tells the story of Sarah Starzynski.  Sarah’s story begins in 1942 when French police knock on her door to take her and her family away.  Instinct causes her to hide her younger brother away in a cupboard, swearing that she will come back for him.  With impeccable detail, Rosnay portrays the journey and experience of being taken to the Veledrome d’Hiver and then the internment camps.

Rosnay has provided a masterpiece that shows a piece of the Holocaust that so many have never even heard of.  This book was impossible to put down till I reached the back cover.  “A remarkable novel.  Like Sophie’s Choice, it’s a book that impresses itself upon one’s heart and soul forever,” says Naomi Ragen, author of The Saturday Wife.

Furthermore, this heart-thumping story has been made into a movie, starring Kristen Scott Thomas.  Sarah’s Key is such a powerful moving piece of literature, that once you read it, you will never forget it.