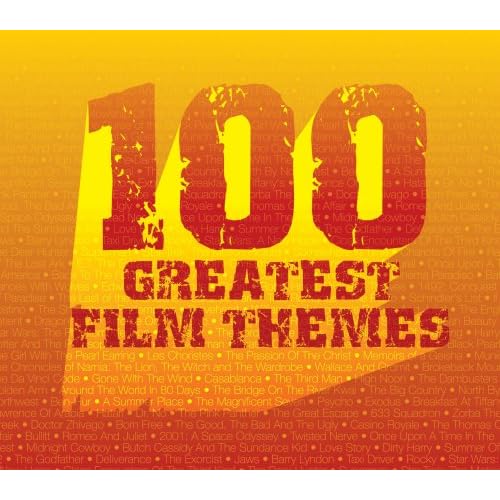 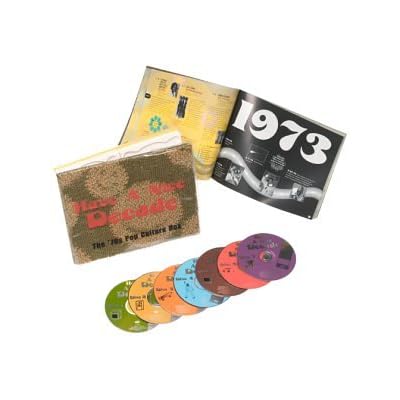 Have A Nice Decade: The ’70s Pop Culture Box Various Artists, CD 781.63 HAV 1998 – For anyone who grew up during the last days of AM radio, anyone who remembers gas shortages, disco scarves, and feathered hair, this mammoth seven-disc box set, Have a Nice Decade: The 70s Pop Culture Box, will be a holy grail of nostalgia. First of all, the discs themselves contain a staggering 164 tracks. Basically, if you remember the song, it’s probably included: from enduring chestnuts even today’s teenagers can sing (“Fire and Rain,” “Fly Like an Eagle”) to obscure gems of kitsch like “The Night Chicago Died” and the supremely maudlin “Billy Don’t Be a Hero.” If you were born in the 1960s, you’ll probably find this stuff enjoyable rather than embarrassing (to the degree that you can think back on your adolescence without cringing). But don’t let the music distract you from the packaging, either. The box is covered in avocado-green shag carpeting (embroidered with a happy-face pattern), and the booklet contains photos of all the artists, essays on the politics and culture of the period, and capsule references to notable events, fads, and people. Only Rhino Records could have put out a reissue package of music, images, and text this perfect. 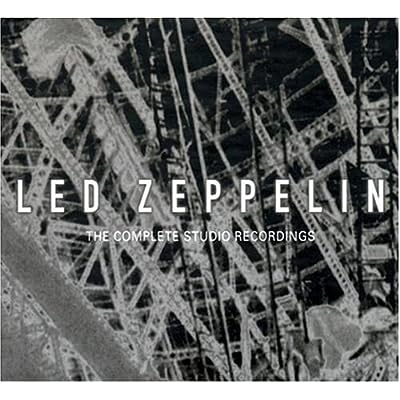 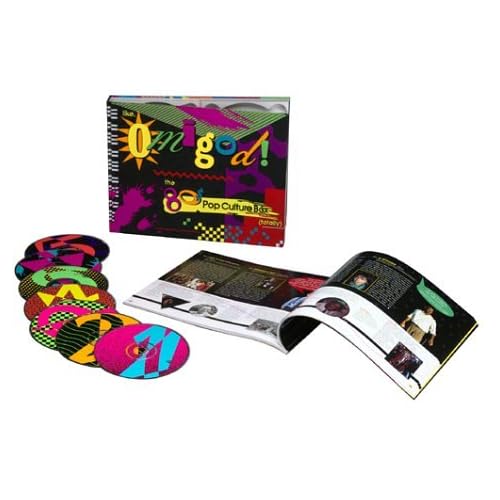 Like, Omigod! The ’80s Pop Culture Box Various Artists, CD 781.63 LIK 2002 – You want your ’80s! Fer sure! This is the mother of all tributes to the era of skinny ties, Reaganomics, and Pac-Man! Seven CDs, 142 hit songs, from New Wave to Pop to R&B to Hip-Hop to Novelty, including an incredible 49 #1 tracks! Starring Queen, New Edition, Duran Duran, Richard Marx, Daryl Hall & John Oates, Men At Work, Toto, The Cure, Culture Club, Cyndi Lauper, Bryan Adams, Simple Minds, Bangles, New Kids On the Block…and many more. Plus a 90-page book with hundreds of historical photos, facts, and memories from the decade that wanted it all!

Indiana Jones: The Soundtracks Collection John Williams, CD 781.542 IND 2008 – Includes remastered versions of Raiders of the Lost Ark, Indiana Jones and the Temple of Doom, and Indiana Jones and the Last Crusade –expanded to include previously unreleased music — as well as the original Indiana Jones and the Kingdom of the Crystal Skull soundtrack. PLUS A BONUS CD WITH EVEN MORE PREVIOUSLY UNRELEASED MUSIC AND FEATURING INTERVIEWS WITH JOHN WILLIAMS,STEVEN SPIELBERG AND GEORGE LUCAS ON THE MAKING OF THIS HISTORIC MUSIC. RELIVE THE MUSICAL ADVENTURE TODAY!