Here you’ll find a list of books that are either set in the 2000s or were written during this time. This list is broken down by age but there are many books that can be enjoyed by some or all of the age groups. This list is just a sample of the thousands of books that we can access through the county-wide system. Some descriptions were taken from the catalog, others from our Literature database; Novelist (click to access from home.)

2001: a Space Odyssey By: Clarke, Arthur C. – Two astronauts find their journey into space and their very lives jeopardized by the jealousy of an extraordinary computer named Hal. 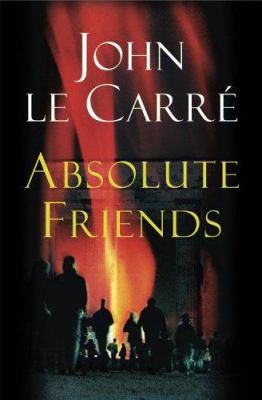 Absolute Friends By: Le Carre, John – Follows friends and fellow ex-spies, Ted Mundy and Sasha, as they attempt to change their lives and the world in which they live, covering their new escapades in Germany and the ones from their past.

The Bone Garden By: Gerritsen, Tess – The discovery of the skeleton of a woman murdered two centuries earlier sends medical examiner Maura Isles on the trail of a long-dead serial killer who terrorized Boston with crimes in which Norris Marshall, a Harvard Medical School student, had become the prime suspect.

Combat By: Stephen Coonts – A series of short novels explore the art of warfare in the twenty-first century–on the land, in the sea, in the air, and in outer space.

The Da Vinci Code By: Brown, Dan – Harvard symbologist Robert Langdon and French cryptologist Sophie Neveu work to solve the murder of an elderly curator of the Louvre, a case which leads to clues hidden in the works of Da Vinci and a centuries-old secret society. 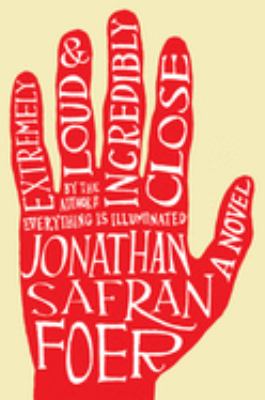 Extremely Loud and Incredibly Close By: Foer, Jonathan Safran – Oskar Schell, the nine-year-old son of a man killed in the World Trade Center attacks, searches the five boroughs of New York City for a lock that fits a black key his father left behind.

The Handmaid’s Tale By: Atwood, Margaret – In a future world where the birth rate has declined, fertile women are rounded up, indoctrinated as “handmaids,” and forced to bear children to prominent men.

Killing Time By: Howard, Linda – Twenty years after a time capsule is buried under the front lawn of a small-town courthouse, the capsule is dug up and its contents stolen, an event that coincides with the murders of the contributors to the time capsule. 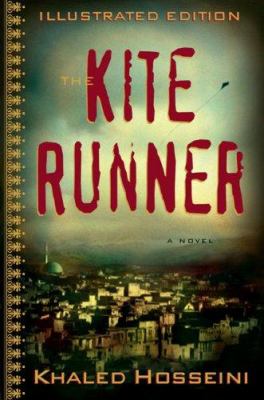 The Kite Runner By: Hosseini, Khaled – Traces the unlikely friendship of a wealthy Afghan youth and a servant’s son, in a tale that spans the final days of Afghanistan’s monarchy through the atrocities of the present day.

Pattern Recognition By: Gibson, William – Hired to investigate a mysterious video collection that has been appearing on the Internet, market research consultant Cayce Pollard realizes that there is more to the assignment when her computer is hacked.

The Romanov Prophecy By: Berry, Steve – After the Russian people vote to bring back the Tsar, to be chosen from the distant relatives of Nicholas II, attorney Miles Lord heads for Moscow to perform a background check on one of the candidates, but his assignment turns unexpectedly dangerous.

Snow Crash By: Stephenson, Neal – In twenty-first-century America, a computer hacker finds himself fighting a computer virus that battles virtual reality technology and a deadly drug that turns humans into zombies. 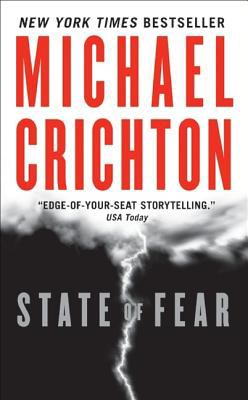 State of Fear By: Crichton, Michael – An eco-thriller takes readers to such far-flung locales as Paris, Iceland, Antarctica, and the Solomon Islands.

Tom Clancy’s Splinter Cell By: Michaels, David – Sam Fisher, a splinter cell, or top secret agent for the National Security Agency with the right to steal and kill to preserve the country’s freedom, goes after Middle Eastern terrorists who are building a highly destructive weapon and have kidnapped his daughter.

Ask Me No Questions By: Budhos, Marina Tamar – Fourteen-year-old Nadira, her sister, and their parents leave Bangladesh for New York City, but the expiration of their visas and the events of September 11, 2001, bring frustration, sorrow, and terror for the whole family.

Beneath a Meth Moon By: Woodson, Jacqueline – Laurel Daneau has moved on to a new life, in a new town, but inside she’s still reeling from the loss of her beloved mother and grandmother after Hurricane Katrina washed away their home. Laurel’s new life is going well, with a new best friend, a place on the cheerleading squad and T-Boom, co-captain of the basketball team, for a boyfriend. Yet Laurel is haunted by voices and memories from her past. 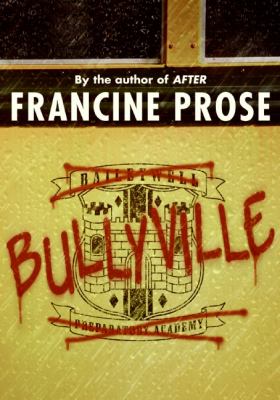 Bullyville By: Prose, Francine – After the death of his estranged father in the World Trade Center on 9/11, thirteen-year-old Bart, still struggling with his feelings of guilt, sorrow and loss, wins a scholarship to the local preparatory school and there encounters a vicious bully whose cruelty compounds the aftermath of the tragedy.

Cinnamon Girl : letters found inside a cereal box By: Herrera, Juan Felipe – Yolanda, a Puerto Rican girl, tries to come to terms with her painful past as she waits to see if her uncle recovers from injuries he suffered when the towers collapsed on September 11, 2001.

Dear Zoe By: Beard, Philip – On the morning planes hit the World Trade Center towers, Tess DeNunzio’s three-year-old sister, Zoe, ran into the street and was killed by a car. Fifteen-year-old Tess, who was supposed to be watching Zoe, was consumed by guilt. This novel is written in the form of a letter from Tess to Zoe, chronicling the year after Zoe’s death. 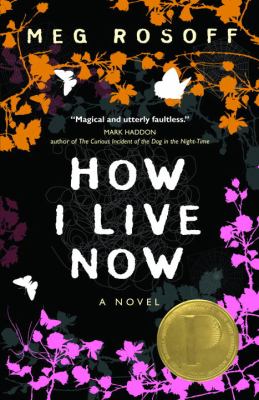 How I Live Now By: Rosoff, Meg – To get away from her pregnant stepmother in New York City, fifteen-year-old Daisy goes to England to stay with her aunt and cousins, with whom she instantly bonds, but soon war breaks out and rips apart the family while devastating the land.

Hurricane Song By: Volponi, Paul – Twelve-year-old Miles Shaw has only been living with his father in New Orleans for two months when Hurricane Katrina hits.

Love is the Higher Law By: Levithan, David – The lives of three teens—Claire, Jasper, and Peter—are altered forever on September 11, 2001. Claire, a high school junior, has to get to her younger brother in his classroom. Jasper, a college sophomore from Brooklyn, wakes to his parents’ frantic calls from Korea, wondering if he’s okay. Peter, a classmate of Claire’s, has to make his way back to school as everything happens around him.

A Plague Year By: Bloor, Edward – It’s 2001 and zombies have taken over Tom’s town. Meth zombies. The drug rips through Blackwater, PA, with a ferocity and a velocity that overwhelms everyone. 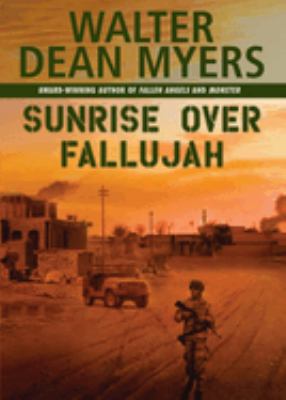 Sunrise Over Fallujah By: Myers, Walter Dean – In the spring of 2003, Private Robin “Birdy” Perry of Harlem is sent to Iraq, an experience that will profoundly change him.

Twilight By: Meyer, Stephenie – When seventeen-year-old Bella leaves Phoenix to live with her father in Forks, Washington, she meets an exquisitely handsome boy at school for whom she feels an overwhelming attraction and who she comes to realize is not wholly human.

Under the Persimmon Tree By: Staples, Suzanne Fisher – During the 2001 Afghan War, the lives of Najmal, a young refugee from Kunduz, Afghanistan, and Nusrat, an American-Muslim teacher who is awaiting her husband’s return from Mazar-i-Sharif, intersect at a school in Peshawar, Pakistan.

The Usual Rules By: Maynard, Joyce – It’s a Tuesday morning in Brooklyn–a perfect September day. Wendy is heading to school, eager to make plans with her best friend, worried about how she looks, mad at her mother for not letting her visit her father in California, impatient with her little brother and with the almost too-loving concern of her jazz musician stepfather. She’s out the door to catch the bus. An hour later comes the news: A plane has crashed into the World Trade Center.

Victory By: Cooper, Susan – Alternating chapters follow the mysterious connection between a homesick English girl living in present-day America and an eleven-year-old boy serving in the British Royal Navy in 1803, aboard the H.M.S. Victory, commanded by Admiral Horatio Nelson.

The Year my Life Went Down the Loo By: Maxwell, Katie – Told in a series of hilarious e-mails, a delightful novel follows sixteen-year-old Emily, who moves from Seattle to England with her family right before her junior year, as she deals with a new culture, new friends, gorgeous British boys, and a ghost who lurks in her underwear drawer.