Every Friday, we’ll post a smattering of reviews that have been added to our online summer reading program over the past week. You can always read more of them on their respective, review pages: Adult & Staff. If you’re interested in writing your own reviews, head over to tinyurl.com/sewickleyreads to sign up!

Austenland By Shannon Hale
I haven’t read a lot of Jane Austen’s books, but I thoroughly enjoyed this novel. It was short, entertaining, and an interesting look at the way people presented themselves in the 1800s. Even though I like the fact that the book was short, I would have preferred it to be a bit longer. I believe that the author could have done a bit more with describing the scenery and the clothing of the period, which is why I gave the book a four instead of a five.  If you’re looking for a fun way to escape for an afternoon, I would definitely recommend this book!

Dearly, Departed By Lia Habel
I wasn’t sure how I would feel about a steampunk zombie novel…I stayed up until 2am to finish it and there was fluttering in my chest when Nora and Bram were each realizing they liked each other and were trying to figure out how a human and a zombie could be together. Crazy, huh? 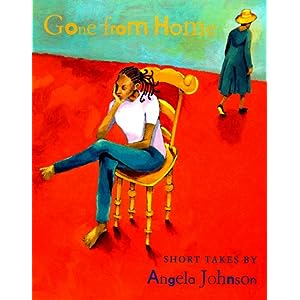 Gone from Home By Angela Johnson
Angela Johnson can tell a beautiful story and she can tell beautiful short stories. And I can’t say I’ve ever read an Angela Johnson story that I didn’t like. Some of these I truly love. A ginormous smile would just appear when I would come to the last line of many of these, here in Gone from Home. Literary and lovely. Read the book, only 101 pages, but it should take you a long time, because you’ll want to treasure each sentence. Seriously.

The Help By Kathryn Stockett
Was a wonderful story of the bravery and courage of three woman who decided to make a difference in the culture. I laughed, I cried, and I could not put it down.

I Suck at Girls By Justin Halpern
I was only vaguely familiar with the author’s twitter fame – “Sh*t My Dad Says” – going into this book, but now I’m really interested in learning more. The author is witty and funny, but his dad is funnier (and loves to use the “F” word). Quick read that’s sure to make you laugh out loud!

Insomnia By Stephen King
Out of all the King books I’ve read, the protagonist, Ralph Roberts, was the most likable. He is inflicted with insomnia after the death of his wife. At first he is tired beyond expression. But then, when he think he might die from lack of sleep, his world is inundated with colorful auras. He is terrified and awestruck all at once. Read 300 pages of this, in wonderful, descriptive Kingian prose, and then the story really starts.

A Stolen Life By Jaycee Dugard
With all the crazies in the world, it’s still hard to believe this occured. Disturbing.

Unsinkable (Titanic #1) By Gordon Korman
If you are “of a certain age” and from Pittsburgh, and you listen to the audio book of Gordon Korman’s Unsinkable, the first in his Titanic Trilogy, you will think of Patti Burns a lot! When you listen to an audio book, of course, you don’t know how the characters’ names are spelled. Even know I knew that the stowaway on the Titanic, the homeless boy from Belfast was probably named Paddy Burns, (he is) every time I heard the narrator say his name I thought of Patti. I miss Patti. All of Pittsburgh does.

This is a neat way of telling the story of the Titanic. Fiction and nonfiction. The story of four characters who were on that fateful voyage. One is Paddy Burns, a stowaway, trying to escape thugs who are out to kill him. Another is Alfie, a boy of fifteen who lied about his age to get a job on the Titanic with his father, who is a boiler dude. Sophie, the daughter of an American suffragette, who has been thrown out of England for stirring up trouble and another girl…I can’t remember her name, but she is as interesting a character as the others, I just can’t recall her name! She is the wealthy daughter of British royalty. The four meet up on the ship and they are characters you can care about, all the while thinking about what is coming ahead for them on the high seas.