The BBC-TV series, based on the books by James Herriot, continues the story of a Yorkshire veterinarian in a country practice. Cast: Robert Hardy, Christopher Timothy, Peter Davison, Carol Drinkwater. (1979-1980)

Physicists Leonard and Sheldon understand everything from the inescapable gravitational pull of a black hole to the intricate structure of the atom. But take those atoms and assemble them into a woman, and their comprehension comes to a grinding halt. And when Penny, a woman with all those atoms in all the right places, moves in across the hall, Leonard and Sheldon’s universe begins to expand in ways they never could have imagined. Cast: Johnny Galecki, Jim Parsons, Kaley Cuoco, Simon Helberg, Kunal Nayyar. Originally broadcast on television during the 2007-2008 season.   Not Rated

Viewers can get with the program and achieve pound-shedding results in just 6-8 weeks with the transforming power of yoga with instructor, Bob Harper. 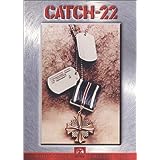 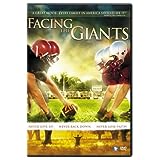 A high school football coach with a history of losing games faces not only the pressures from a group of fathers wanting him fired, but also the possibility that his wife can never have children. Only after an unexpected visitor challenges him to trust in the power of faith does he find the strength to persevere. Cast: James Blackwell, Bailey Cave, Shannen Fields, Tracy Goode, Alex Kendrick, Jim McBride, Jason McLeod, Mark Richt. (2006) Rated PG 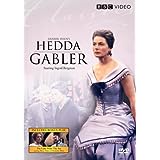 In this classic from Henrik Ibsen, Hedda has just come back from her honeymoon, married to boring but reliable academic George Tesman. Refusing to tie herself down in life and name, Hedda is banking on George being appointed a professorship to secure a better life for the young couple. However, the arrival of cleaned up ex-lover Eilert threatens to destroy everything. Cast: Ingrid Bergman, Michael Regrave, Ralph Richardson, Trevor Howard, Dilys Hamlett, Ursula Jeans. Originally produced for television in 1962.  Not rated. 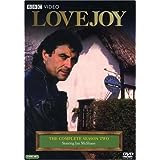 Season two continues the adventures of Lovejoy, who careens through another assortment of close shaves with his right-hand man Tinkerdill and scrappy sidekick Eric. Things get off to a rough start when Lovejoy is wrongly convicted of dealing in stolen goods, but that is just a small change in plans. When he emerges from prison, Lovejoy will have his hands full dealing with disappearing bridegrooms, cursed Inca statues, secretive artists and a divine tea bowl. But first, he’ll have to find the blackguard that nearly beat him at his own game. Cast: Ian McShane, Phyllis Logan, Dudley Sutton, Chris Jury. (1991) Not Rated

The world’s quirkiest crime-solving antiques hero is back! Much to Lovejoy’s annoyance, he’s not the only one on a never-ending quest for wealth and valuables. However, while he proves unstoppable in the face of sinister Italians, vengeful customers and even Eric’s vintage motorbikes, can he manage to escape the snares of love? Cast: Ian McShane, Phyllis Logan, Dudley Sutton, Chris Jury. (1992) Not Rated. 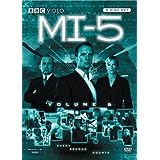 Having survived the bombing of the Thames Barrier, Adam and Ros recover to find London facing an even greater threat. While attempting to thwart an attack that could jeopardize a historic peace accord, the team unwittingly unleashes a deadly virus. Cast: Rupert Penry-Jones, Peter Firth, Hermione Norris, Miranda Raison, Raza Jaffrey. Originally broadcast by BBC1 in 2007. Not rated 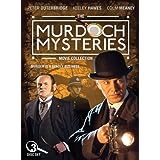 Set in the 1890s, the sophisticated and sly Detective William Murdoch (Peter Outerbridge) investigates murders against the seedy backdrop of a debauched world where no one trusts the police and everyone seems sinister.  Considered a CSI in the 1890s, Murdoch Mysteries are gripping thrillers based on Maureen Jennings s bestselling mystery novels about a cop years ahead of his time. Cast: Peter Outerbridge, Keeley Hawes, Colm Meaney. (2008) Not Rated 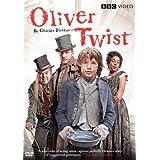 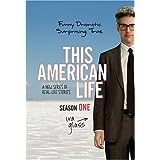 Join host Ira Glass and his company, as they bring a different theme to life each week, in the format of the popular Chicago radio show by the same name.  Based on the radio program on NPR.  Originally broadcast as a television program on Showtime in 2007.  Not rated. 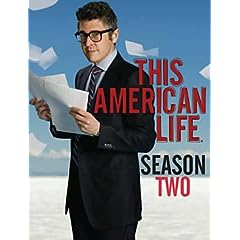 Join host Ira Glass and his company, as they bring a different theme to life each week, in the format of the popular Chicago radio show by the same name.  Based on the radio program on NPR.  Segments originally produced in 2008.  Not Rated. 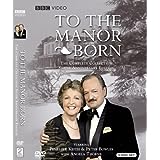 To the Manor Born: The Complete Collection

This BBC TV series from 1979-1980, follows the hilarious misadventures of the uppercrust but impoverished Audrey Forbes-Hamilton, once Lady of Grantley Manor, and Richard Devere, the mysterious “common” millionaire who buys her ancestral Estate. Penelope Keith, Peter Bowles, Angela Thorne. The Included in the collection is the 2007 Silver Anniversary Special, which fast-forwards 25 years to Audrey and Richard’s plans for their silver-anniversary celebration. 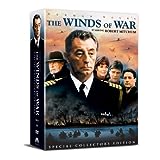 The Winds of War

Set against the backdrop of world events that led to the Japanese attack on Pearl Harbor in 1941. Naval officer, Victor “Pug” Henry, and his family learn to navigate the waters of dangerous times in the late 1930s. While Germany expands and proceeds to seize several border countries, Italy attempts to establish a Fascist Colonial Empire under Mussolini and Japan prepares for a major battle with China. Meanwhile, the Henry clan finds itself drawn into the center of the conflict as they deal with the drama, romance, tragedy and heroism that lead to America’s involvement in World War II. Cast Robert Mitchum, Ali MacGraw, Jan-Michael Vincent, John Houseman, Polly Bergen, Lisa Eilbacher, David Dukes, Victoria Tennant, Topol. Originally aired as a television mini series in 1983. Based on the novel by Herman Wouk.  Not rated.