L’age d’or – Using a melange of strange and unrelated images, this surrealistic film about two lovers who mock convention is a statement by Buñuel on the nature of the bourgeoisie, the Church and the police. Banned in France within two weeks of its release. NR 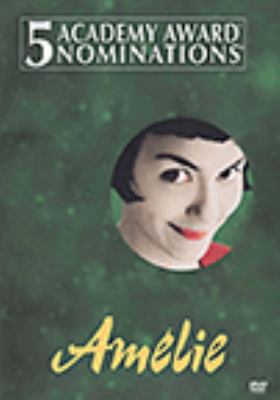 Amélie from Montmartre – A whimsical, comedy-drama about a young French woman (Audrey Tautou) who makes it her mission to raise the spirits of several strangers in her neighborhood. R

And Now … Ladies and Gentlemen – A romantic drama about the love that grows between a British jewel thief (Jeremy Irons) and an ill, but glamorous French jazz singer in Morocco. PG13

Après Vous – A romantic comedy about a Parisian waiter’s random act of kindness in preventing a stranger from committing suicide, the insecure romantic he tries to rehabilitate, and the beautiful woman who comes between them. R

Avenue Montaigne – A young provincial woman who recently moved to Paris and makes a living as a waitress observes the lives of a classical pianist, an art collector, an actress and other famous clientele. NR

The Barbarian Invasions – It’s not easy for a narrow-minded professor to reconcile with his equally stubborn son. R

The Beat That My Heart Skipped – 28-year-old Tom seems destined to follow in his father’s footsteps as a Parisian property shark. But after a chance encounter with his late mother’s music agent, Tom believes that he can become a concert pianist like she was. NR

Beauty and the Beast  – Tells the fable of the kindly beast and the self-sacrificing beauty whose love releases the prince in him. NR

Betty Blue – Betty and Zorg are not your average French lovers. Together, they make life a magical fantasy in which absolutely anything can happen–until their dreams collide with reality. NR 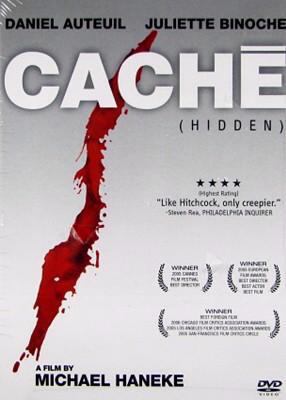 Caché – A talk show host and his wife are living an ideal life until videotapes of them show up on their front porch. As the tapes get more and more personal, they start investigating who is behind it. R

The Chorus – When a kindly music teacher begins a new job at a boarding school that adheres to a code of utter strictness and discipline, he attempts to soften the approach, through both understanding and music. PG13

The Closet – A comedy about a nervous French accountant who spreads a rumor around that he’s gay in an effort to stave off being fired. R

Diva – Cynthia Hawkins is the operatic superstar whose refusal to make a recording frustrates her adoring public. A young fan named Jules makes a secret tape and is stalked by thugs who plan to blackmail the diva. Jules also accidentally acquires a tape which tells of a top mobster’s role in an international sex and drug ring. He must escape the police chief, the cop’s henchmen and the bootleggers to keep both tapes safe, and to stay alive. R

Eight Women – A wealthy industrialist is found murdered in his home while his family gathers for the holiday season. Eight women are his potential murderers. R

Far Side of the Moon – After the death of his mother, a man tries to discover a meaning to his life, to the universe and to rebuild a relationship with the only family he has left: his brother. NR

The Girl from Paris – Sandrine (Mathilde Seigner) is a successful Parisienne who tires of her job and decides to buy an isolated farm. NR

God is Great and I’m Not – A whimsical romance about a French supermodel whose strict adherence to multiple religions frustrates her metaphysically lackadaisical boyfriend. NR

Le Grand Voyage  – A few weeks before his college entrance exams, Réda, a young man who lives in the south of France, finds himself obligated to drive his father to Mecca. NR

A Heart in Winter – Camille, a concert violinist, becomes intrigued by her lover’s business partner, Stephane. The love triangle that develops reveals the complexity and imperfection of the three characters. NR

The Horseman on the Roof – In 1832, an Italian revolutionary living in Provence is pursued by assassins. He takes refuge in a small town ravaged by a cholera epidemic, where he meets a mysterious and beautiful noblewoman. R

Intimate Strangers – Seeking psychiatric help, an enigmatic woman mistakes a financial planner for her new shrink. Touched by the heartfelt confessions of her problems, he does not have the heart to tell her that he is not a psychiatrist, which results in more sessions. R

It’s Easier for a Camel – When Federica was a young girl she fantasized about countless adventures that took her to the far side of the world. Now Federica’s daydreams can only provide a meager distraction from the realities of her life. NR 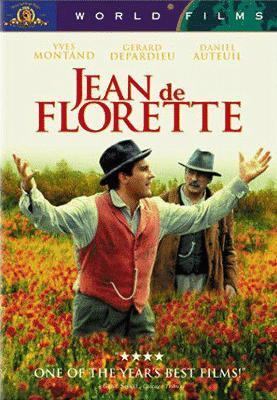 Jean de Florette – The story of Jean Cadoret, a man who inherits a farm from his mother and foolishly hopes to become a gentleman farmer. But even before he arrives, his powerful neighbor is plotting to steal his land. PG

Jet Lag – A romantic comedy about an encounter at the Charles de Gaulle airport in Paris between a worn-out  businessman on his way to a funeral and a troubled beautician on the run from her boyfriend. R

Joyeux Noël – Based on a true events, Joyeux Noel recreates one Christmas night during WWI when enemies were able to lay aside their differences in order to celebrate the holiday together. A.k.a. “Merry Christmas.” NR

Look at Me – Lolita, the daughter of a famous writer/publisher, tries in vain to get her self-centered father’s attention. When this fails, she begins to push away a young man who truly loves her. PG13

Love Me If You Dare – A couple of lifetime friends’ long-standing game of outrageous stunts interferes with their blossoming love for one another. R

Monsieur Ibrahim – Set in a working class neighborhood in 1960’s Paris, the film tells the unlikely friendship between an elderly Turkish grocer and a young Jewish boy. R

My Father’s Glory – The enchanting story of Marcel Pagnol’s childhood in the south of France, and a very special summer in the countryside of Provence when he was 11 years old. G

My Mother’s Castle – A young boy learns about life through outings to the Provence countryside with his family. PG

Persepolis – Follows the Islamic Revolution through the eyes of a precocious 9-year-old Iranian girl. PG13

Private Fears in Public Places – Six people all look for love despite typically having their romantic aspirations dashed at every turn. NR

Seaside – The stories of the residents of a small coastal town in Northern France whose livelihoods depend on the visiting summer tourists. NR

Seducing Dr. Lewis – A ragtag fishing community on a tiny, impoverished island must persuade a young Montreal-based doctor to live in their town in order to get a much-needed new factory. NR

The Son – A powerful minimalist drama tells the story of a carpenter who passes on his skills to troubled youths. Things intensify when it’s revealed that one of his students is connected to a painful event from the past. NR

Strayed – After the German occupation of Paris during World War II, a young widow flees the war-torn city with her two children and must rely on a mysterious young stranger in order to survive. NR

Swept from the Sea – A pair of beautiful outcasts falls in love, defying village prejudice, in this period romance. PG13

Three Colors = Trois Couleurs – Filmmaker Krzysztof Kielowski’s trilogy created for France’s bicentenial, the titles and the themes of the films come from the the colors of the French flag representing liberty, equality, and fraternity. R 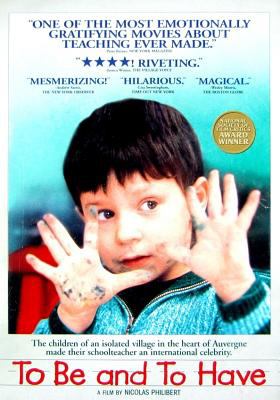 To Be and to Have – At the center of this intimate and touching story is Georges Lopez – a remarkably devoted teacher responsible for nurturing a dozen children ages 3-11 in all their school subjects and life’s lessons. NR

The Triplets of Belleville – A French animation comedy about an old lady and her beloved pooch Bruno who team up with three eccentric female music-hall stars from the 1930s to rescue her grandson from the French mafia. PG13

The Valet – To avoid a messy divorce, a billionaire industrialist invents an outrageous lie and asks a valet parking attendant for help. PG13

The Widow of Saint-Pierre – Waiting to be executed by guillotine, a convicted murderer is befriended by the wife of a respected local officer. R