Check out our 1990s Board on Pinterest to be taken back in time!

Time justified its choice of Albert Einstein as “Person of the Century” with a quotation from Einstein himself, “Politics is for the moment. An equation is for eternity.” However, the technological innovations that bore fruit in the 1990s, such as the Internet, the proliferation of personal computers, and genetic engineering, were all the products of long, painstaking work on the part of thousands of scientists and engineers who measured progress in the smallest of increments and who built on ground broken decades earlier. The changes were, nonetheless, momentous. At the beginning of the Gulf War, reporters for the Cable News Network (CNN) reported live from Baghdad. That reporters could cover the action live already seemed to be taken for granted, but never before had virtually instant coverage of developing events become so crucial and even so expected. Also, though the Internet had existed for decades as a way for computers to communicate with each other, the development of the World Wide Web and easy to use operating systems and programs as well as substantially cheaper, faster, and more powerful computers, gave millions of Americans a way to send e-mail, download music, and buy books “on-line.” The purpose and function of computers had changed: no longer were they used just to compute, but to communicate, advertise, and sell things. People could stay in touch more readily—e-mail seemed less intrusive than a phone call, and neither as formal nor as much trouble as writing a letter—-but in so doing, they became increasingly isolated from their real neighbors. Computers became more powerful, not just in what they enabled people to do, but in the ways their use shaped human behavior and made people dependent on them. The Y2K Bug demonstrated the power and the vulnerability of a digital society. The programming glitch that threatened to crash computers world-wide as their internal clocks turned from “99” to “00” caused doomsday scenarios to seem realistic and even sober people bought electric generators and stored away a few weeks of groceries just in case the electrical and commercial infrastructures failed at the stroke of midnight. 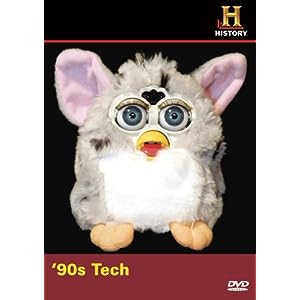 Decades Documentaries Modern Marvels: 90’s Tech, Tuesday, July 31 @ 2PM – It was the dot com decade that opened up the information superhighway. For the first time you could shop search and surf online with the click of a mouse. “Modern Marvels: 90s Tech” will take you way back to the end of the 20th century and the beginning of today’s trendy technologies. From DVDs to TIVO to GPS we’ll see how the gadgets we can’t live without all started in the 90s. At an Amazon distribution center we’ll follow millions of goods as they are packaged and shipped out. And at Google we’ll learn about the science of creating a search engine. We’ll explore how virtual pet toys were born and how the Furby even created a national security scare. In an interview with two-time World Heavyweight Boxing Champion George Foreman we’ll show you how to “knock the fat out” with one of the best-selling appliances of the decade. And we’ll take you back to the original first-person shooter gaming experience of Wolfenstein 3D.- So chill as Modern Marvels explores the technologies of the 90s. 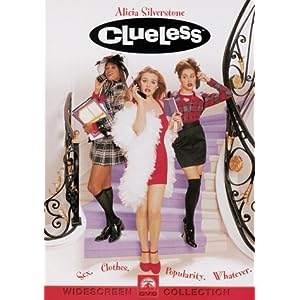 Decades Movies: Clueless (1990s) – Friday, August 3 @ 2PM – Alicia Silverstone won everyone over with her portrayal of a Beverly Hills teen, Cher, whose penchant for helping others with their relationships and self-esteem is a cover for her own loneliness. Director Amy Heckerling (“Fast Times at Ridgemont High”) made a smart, funny variation on Jane Austen’s novel “Emma”, sweetly romantic and gently satirical of “90210” social manners. The cast is unbeatable: Dan Hedaya as Cher’s rock-solid dad, Wallace Shawn as a geeky teacher, Paul Rudd as the boy who has always been Cher’s surrogate brother–and the true holder of her most secret wishes. (1995, 97min, PG-13